Startseite » Archiv » News » From Station to Station with INANNIA [LSC#119] 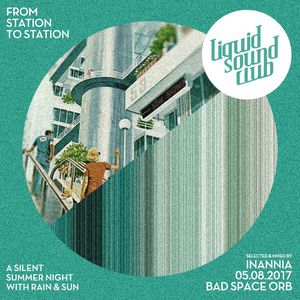 Near the Mainmetropole it was an honour to play some tracks from the past Frankfurt ambient movement. With several of these tracks Inannia wants to say thanks to artists like Pete Namlook, Anthony Rother, Sensorama, Sven Väth & Roman Flügel. Peace*
Recording of the August 2017 set as played by INANNIA at the Club in Bad Orb // GER.
www.inannia.net
artwork by permission of the artist himself
mastering by stachy [1st DJ on the moon]